By Editorial Team / Inspiration, Living Off The Land

Have you ever seen those shows about Doomsday Preppers? They’re people who drastically alter their lives in preparation for end-of-the-world-type scenarios, which might include a natural disaster, nuclear fallout, or global pandemic.

While the first two scenarios might sound far fetched, the recent spread of the COVID-19 pandemic has resulted in a doomsday scenario becoming a much more realistic thing in many people’s minds. This has caused a flood of people looking to alternative, more self-sufficient ways of living that don’t require the assistance of the government, or even grid services–both of which could disappear in the presence of a global pandemic.

If you’re one of those people, you’re going to have to learn about the various aspects of homesteading.

What is the homesteading movement?

Homesteading is a general term that refers to independent living and includes such facets as farming, gardening, composting, landscaping, gathering, construction, hunting, and any other pursuit that could be described as being necessary for a life of self-sufficiency.

However, instead of diving head-first into homesteading and giving up such things as your home, job, and electricity, it’s better to just get your feet wet first. Try renting a remote cabin with limited access to electricity and food for a week, or even just a few days. Experiment with backcountry camping somewhere remote, but close enough that you could return to civilization in the case of an emergency. Join a local community garden and learn how to properly grow and harvest crops, all the while meeting other people interested in a similar lifestyle.

If you’re still seriously interested in exploring homesteading after that, check out this video from Homesteady that gives new homesteaders a warning.

If you want to explore homesteading further, the next thing you need to consider is land. Buying land is complicated, but you can get familiar with some common pitfalls here:

Plus, with so many people now considering homesteading with everything that’s currently happening in the world, there are plenty of free resources you can use to learn more about homesteading, as well as paid courses you can enroll in for guidance from paid professionals. 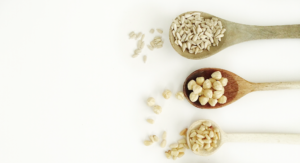 The Microdosing Revolution: A Shift in Daily Consciousness

Learn the Language of Trees

This is an Example Article of Formatting

How To Start A CSA: Join a Growing Revolution

Books That Will Change How You Think About The Earth

Foraging For Food: Take charge of what you eat and where it comes from.

The Work of Dick Sutphen